As we’ve headed east, we have found state parks to be the least affordable option. So we haven’t been staying in any, opting for the less expensive Elk’s lodges or Resorts with the Passport America discount. But as we crossed into South Carolina, things changed. 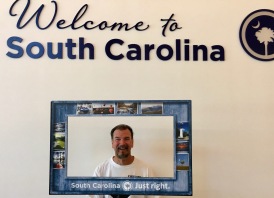 So we stayed at a state park called Givhans Ferry  which is the closest campground to Charleston, just 35 miles away. It was a beautiful park on the Edisto River, and as soon as we got settled we took a trail walk.

The river was beautiful and they had a kayak launch, but I think this would have been one of those places where it would be better to get dropped off somewhere upstream and paddle back. Unfortunately no such service available here, so we passed on the water activities.

We did take a walk to the launch and the beach area, where there were some families enjoying the water. I overheard a mother telling her son (as they were swimming off shore) that the alligators would be attracted to movement underwater, but the splashing above water would scare them off. I don’t know if that’s really true, but I assume the locals know more than we do. As I was dipping my feet into the water, a young girl also told me that “snakes live over there” so obviously I didn’t walk in that direction.

With just two nights at this stay as well, we had one full day to explore, so we went into Charleston by way of Highway 61, or Ashley River Road. There are three plantations to visit along this road as well as several others in the area. Plantations are not cheap to tour. Tickets for home and garden tours can exceed $50. Tom wasn’t excited about this spending, but he let me pick one. I opted for the oldest – which was also the cheapest I found online at $22.

Well, we paid $32 each because they had just finished upgrading their museum buildings at Drayton Hall  but it was the house – built prior to 1750 – that I was interested in. The other plantations we passed, Middleton Place  and Magnolia Plantation had extraordinary gardens and grounds but we passed on those. We did however, get to drive into their parking lots and get a taste of how vast and grand they were.

We later found out that all three of these plantations were related by family history.

I also picked Drayton Hall because it included the “Connections Program: From Africa to America.” I don’t think you can tour a fancy plantation home without getting a sense of those who made it possible. The program, which was basically our tour guide giving us bonus information, was a little disappointing.

She was a lovely woman, with a great love for Drayton Hall,  but I felt she was a little pollyana-ish about the lives of the “enslaved” residents. Still, it was interesting. 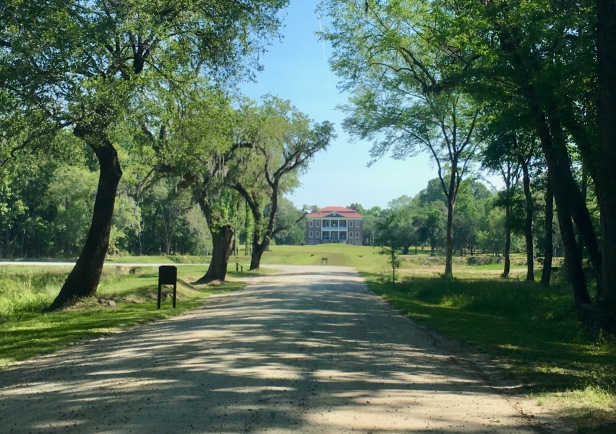 The house itself was amazing. It was continuously owned by descendants of the original Daytons until 1974, when they sold it to the state because they had no funds for maintenance. But it had been stipulated that it never be restored – just preserved. So the original paint is still on the interior walls – they just sprayed something over it to prevent peeling and chipping. The detail in the woodwork and trimmings was incredible. 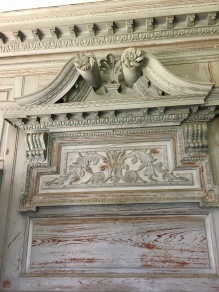 The owners never did any modifications to the building, so there was never any indoor plumbing or electricity added. Below are pictures of the grand staircase in the house (left), and the slave’s staircase – in a closet. Quite a contrast. 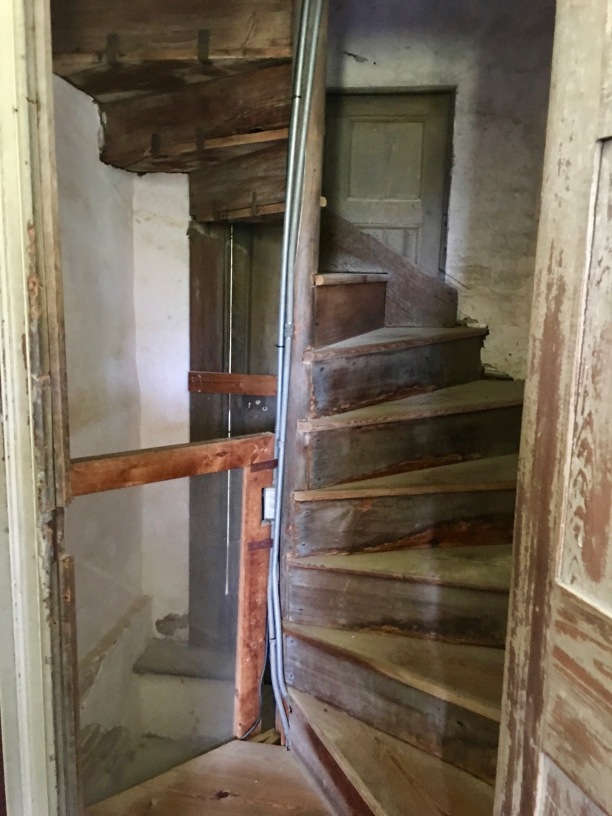 The entire tour and museum was quite interesting and we spent a good part of our day there.

Then we visited the Charleston Tea Plantation, which is a working farm (no fancy home) and the only tea farm/plantation in the US. 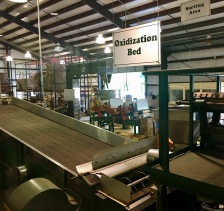 We toured the “factory” and saw how tea is harvested and produced, then we sampled different varieties. Mostly all of them were sweet-tea varieties! They had plenty of rocking chairs on the porch to sit and enjoy their tea.

Driving around in the area was interesting. Never know what you’ll see alongside the road. 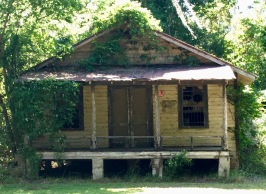 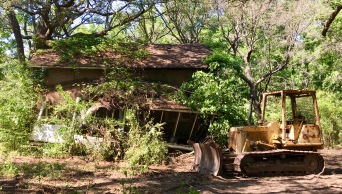 Not every old home can be saved.

Along the way back into Charleston, stopping at the Angel Oak Tree  was a must.

The tree is over 400 years old and it was really amazing.  There are all kids of stands and wires and supports keeping it all together. I was happy to see so many visitors at this off-the-beaten-path stop. 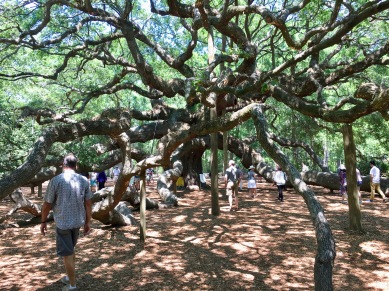 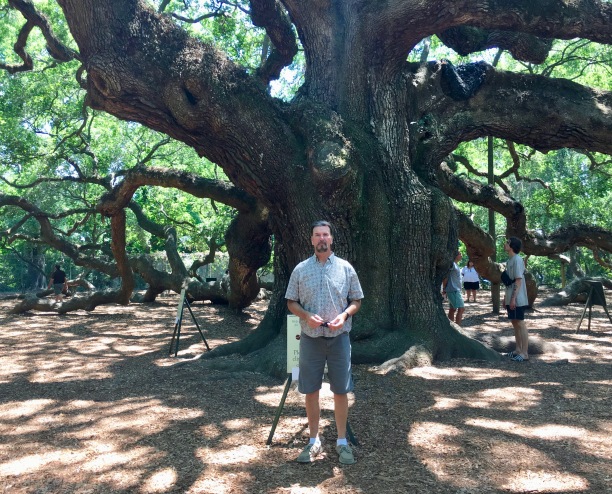 Then we drove into Charleston. While in Savannah, they referred to Charleston as their sister city, so I assumed the historic downtowns would look and feel the same. Not even. But there were similarities. This was a port city as well, had cobblestone streets, and the historic homes were impressive.  In the top left of the picture below is Fort Sumter, where the first shots of the civil war were fired. You can only get there by ferry. 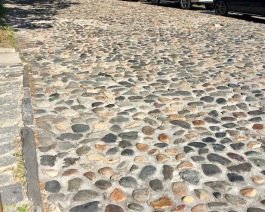 They did have some garden squares, but they seemed fewer, smaller, and definitely less accessible. The majority of the homes had a feature we haven’t seen before. The three-storied homes had porches or verandas on every level, but they were to the side as the home faced the street, not in front. And on street level, the veranda had a door and you would never even know it opened into a side porch and not the house.  Very unique to us, but they were everywhere there. Of course, I didn’t get a picture of any of them! But here are some of the mansions along the waterfront: 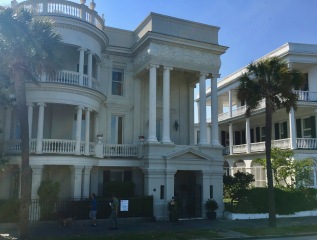 I wish we would’ve had time to visit the Old Slave Mart,  which is now a museum, but we didn’t. There were probably other things in the area we missed as well.

I thought I would like Charleston and this part of South Carolina more than I did. It was nice and I’m glad we visited, but I’m more interested in seeing more of Georgia than continuing up the coastline. So next we go inland.

Grandson’s first day of Pre-kindergarten. They grow up too fast!
Coo county rodeo
Tom found a resting spot!
First place!!
The ground has been broken! We’re committed now!!
Enjoying the coastal sunshine with friends, Rick and Judy (and Gidget!)