When we left Jacksonville, it didn’t take us much time to get to the border of Georgia and then to our next destination – in the Golden Isles town of Brunswick. When thinking about our east coast trip, Georgia was definitely on the top of my excited-to-see states.

Old trees, southern hospitality, and even coastline – what’s not to be excited about?

I was very happy to be home from California in time to celebrate our wedding anniversary. Which is exactly what we did right after we got set up at Golden Isles Vacation Park and found out we were just in time for a local celebration in Brunswick called First Friday.  It’s a great Main Street program that had businesses in the historic district open after hours and serving wine and beer samples. We couldn’t believe our luck in good timing.

I absolutely fell in love with this town. The people were so warm and friendly. We tasted wine and visited with some local store owners. One suggested a local restaurant, so of course we went there, to the Indigo Coastal Shanty. 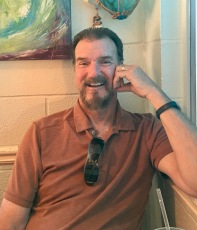 They were right – it had a coastal laid back vibe and the food was absolutely delicious:

Then we went back to the main street celebrations and listened to the live jazz band in their park square.

We also tasted some locally made brandy at the downtown distillery. Then a bit more wine tasting and visiting with local merchants before calling it a night. So far I am loving the people here in Georgia. 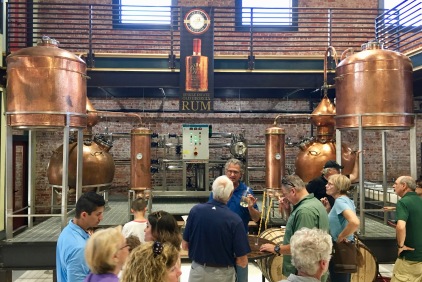 The next day – Cinco de Mayo – we got an early start and drove over to Jekyll Island to explore by bikes. Honestly, I was a little concerned – I haven’t ridden a bike since before I had children. But what they say about never forgetting how to ride a bike is true – it took me about two seconds to remember my balance. 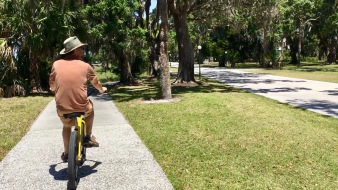 As we rode I was flooded with memories of my youth and the total sense of freedom that came from having a bike. I lived in the country as a pre-drivers-license teen and we would ride for miles. But I digress.

Tom and I put on about 20 miles riding around the whole island. With stops to walk on the beach or explore a boardwalk looking for gators, we were glad we went with the full day rental. 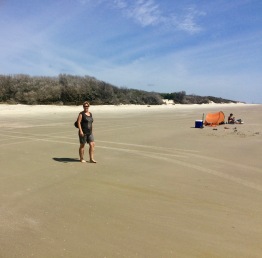 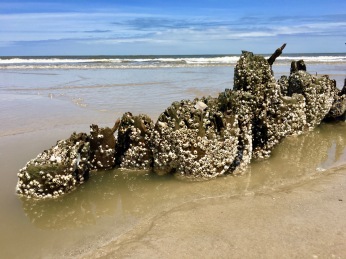 Late in the afternoon we stopped at a beachside Mexican restaurant to celebrate the day with a couple of Margaritas.

Luckily we were almost back to the bike rental place by then.

While my knees were quite sore the next day, the bike riding was one of the most enjoyable times so far. I probably wouldn’t have said that if the island had been anything other than flat! I think exploring the island by bike was definitely the best way to go – especially when we got to the historic district in the middle of the island. 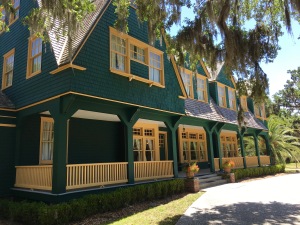 We were able to ride right up to the different “cottages” sprinkled around the Jekyll Island Club – private club of early mega-millionaires like the Rockefeller’s and JP Morgan. The mansions were impressive to say the least. Their group actually owned the island and the Club house was where they met to create the Federal Reserve.

Their group actually owned the island and the Club house (above) was where they met to create the Federal Reserve.

The following day we visited St Simon Island. It was much larger and more populated and we didn’t have a clear idea of what we’d do when we got there. Other than we had to go see the picturesque Avenue of the Oaks near one of the six golf courses on the island. My must do.

We went to Neptune Park at the end of Mallory St and watched some large ships as they passed. (Looks close, doesn’t it?!)

There was a lighthouse there, but we just admired it from afar.

Then we had and ice cream cone as we strolled through the cute shops along Mallory St. A unique painting caught my eye, and we had a great long conversation with its creator, Savannah Sam.  We talked about his photography and his unique method of printing his artwork on canvas and a little bit about our travels. He was such a pleasant (and talented) person.

We had learned about the Treasure Hunt for the tree spirits on the island and I thought that would be great fun and printed out a map of seven locations. The visitor’s center at Neptune Park had the first one but it took us a while to find it. After that, we only found two more of the next four, so we gave up. 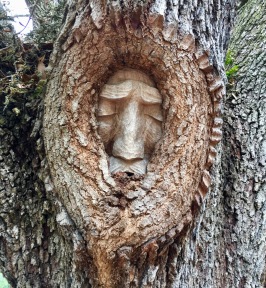 Our search however took us to a great little shop: the Crystal Earth. As we like to do in any shop that reminds us of our former Cosmic Corral, we were able to visit with the lovely owner, Sherri, for quite a bit. She’s been open just a year and we wish her the greatest of successes. That visit was a lot of fun.

While driving around we saw signs to the Wesley Memorial and Gardens, so we randomly went there and walked the nice paths around the church to the Celtic Cross. 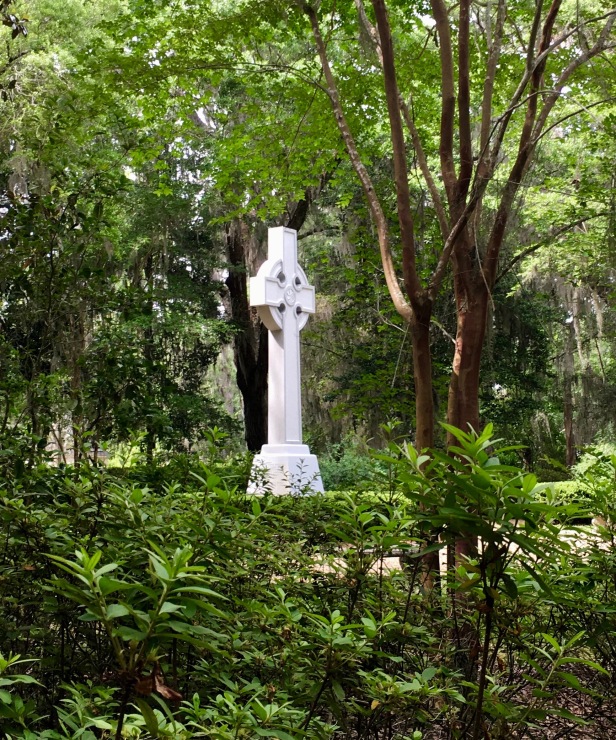 Nearby was the remains of Frederica – both a town and a fort, and is now a National Park. They had the streets of the 1700’s marked out and outlines of the foundations of houses and shops that existed there. 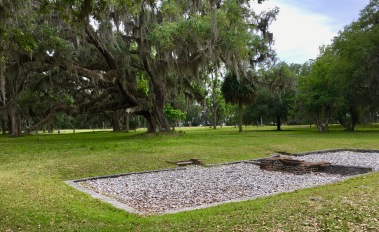 It was a nice park and an interesting stroll. I found it interesting that it is the ONLY place we have visited that was flying the Brittish flag – and I wasn’t the only one!

But the best part was as we were leaving when Tom ran into a gentleman who was filming. We always assume anyone filming with a dead cat on their camera is a fellow You-Tuber, and in this case Tom was again correct. 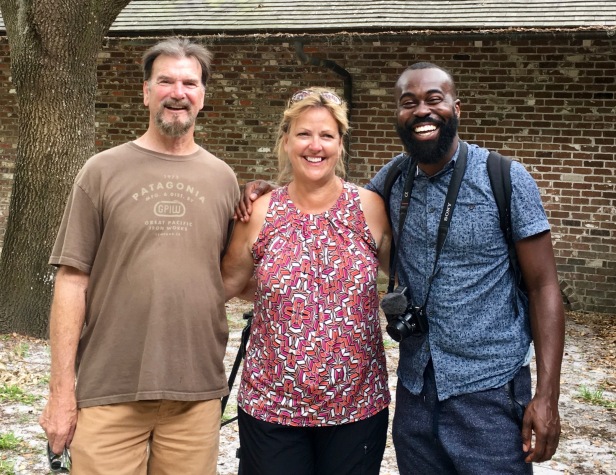 We had a great visit with Will Edmond, who has a successful You Tube channel. His channel is about travel (The Adventures of Will), music,  and “That Vegan Show”  which has amazing looking recipes that I can’t wait to try. Will is a wonderful young man with a bright and sincere smile, and we really enjoyed meeting him and trading stories.

As we drove home I realized we have been meeting the most amazing people. And as we have traveled to these wonderful interesting and beautiful places, I realize it’s the people that are just as beautiful and interesting and wonderful. We just need to remember to reach out.

One thought on “Georgia People”