Since hitting Florida, we have been trying to make plans ahead – at least through the following weekend. Tom has been finding a lot of places that fill up quickly, and we expect it to get worse  after school’s out. The advantage to this is that we don’t have to stress out when we’re somewhere wondering if we have a place to go to next. The disadvantage is that we don’t really know how long we want to stay in one area until we get there, and this planning ahead thing means we have to keep moving on schedule.

This place we’re leaving today is a good example.  We’ve been here three nights and are dragging our feet to leave. We could have easily stayed in this spot for a week or two.

We’ve been at Petersburg Campground, which is an Army Corps of Engineer’s site near Augusta, Georgia. These are usually found near water, and we are at J. Strom Thurmond Lake, which is between South Carolina and Georgia. 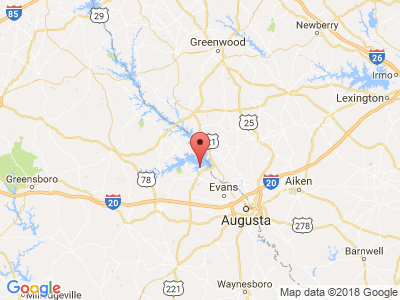 We turned inland because 1) coastlines and beaches are more congested and expensive (plus, we’ve been following the coastline since Texas) and 2) I didn’t want to head north from Georgia without experiencing Atlanta and 3) We were ready to get into some hills and follow the Appalachian Trail – which begins north of Atlanta.

So we planned ahead to spend a couple of nights near Atlanta before heading north along the Appalachian Mountains. This spot was just an affordable stop along the way between Charleston and Atlanta. But it turned out to be so much more. The campgrounds are amazing – probably the best we’ve seen. The sites are extremely large – many have their own “diveways” and they’re private because of all the trees, and most sites – including ours – have views of the lake. 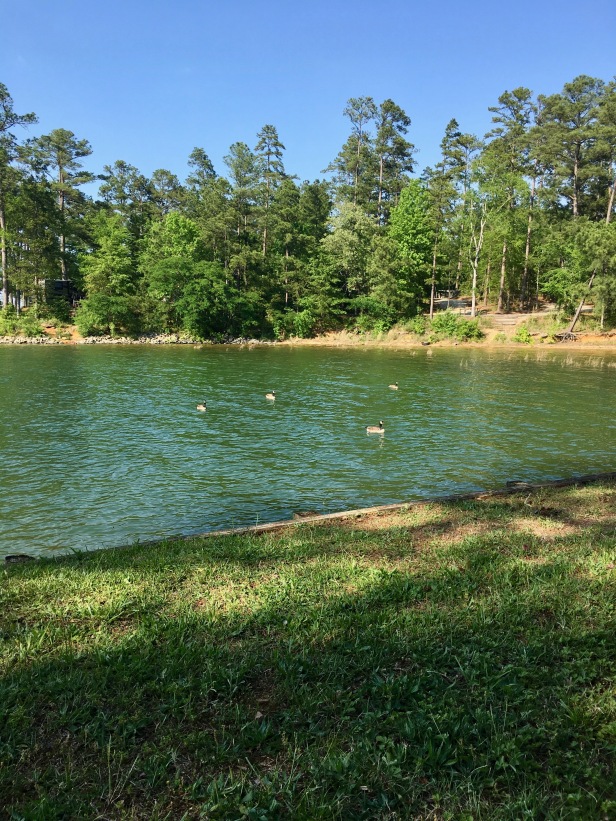 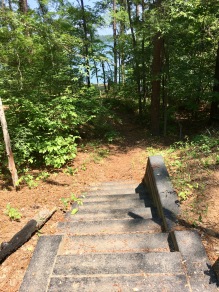 We have water and electricity (a must in these 95 degree days) and private access down to the water where we watched some peaceful sunsets. 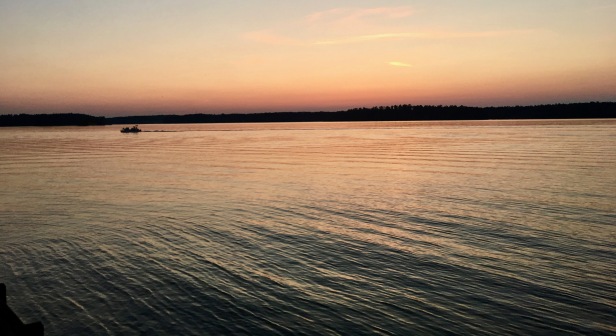 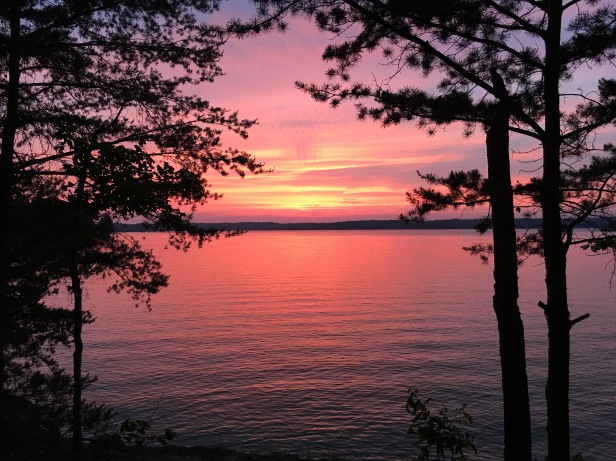 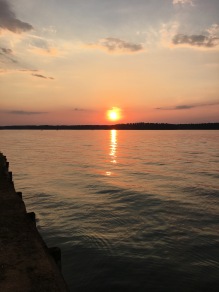 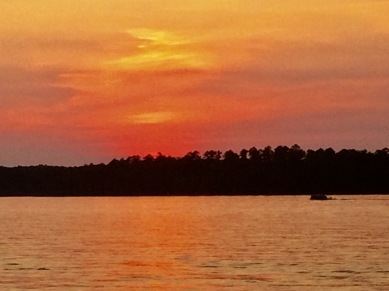 We have been doing nothing which is quite a change of pace from the past few weeks. We haven’t even taken the Jeep out once!  I think we needed this break for some R & R. I’ve been catching up on blogs, and Tom even did some painting. Plus we’ve had blazing fast internet here – which we haven’t had for a while.

Since we’re only booked out to the middle of the week, it was time to make some advance reservations again. This begged the question, “Where next?”

This was supposed to be our “traveling year” taking in the east coast before “settling down” in the western US. We planned to go all the way up to Maine before heading slowly south and west. But I was beginning to have a problem with this.

The only place further from family than the Florida Keys is the top of Maine. I certainly didn’t want to get a call to have to fly back to California from northern Maine, and then miss out on some traveling again. And at this point, we may very well both need to head back to Cali.

It was a tough call to make, but we decided to head west. No hurry, and just maybe a time zone or two nearer the west coast – just in case. Other than family, we have no reason to want to be back in California right now. But getting closer to the state rather than further away seemed prudent. So Tom began plotting our route.

Because the summer months are upon us, we chose the northern-most route, which ended up taking us right by Sedalia, Missouri, and in fact, right about the time they are having the 2018 Escapade (National Rally) there. “Should we try to go?” we wondered. Well, it would solve the problem of finding a place to camp over the Memorial Day weekend, and it was tons of fun last year, and it would be nice to meet up with friends there and to make new ones. So as of this moment, that is our general plan. It could change at a moments notice, so we’ve decided not to commit by buying tickets just yet. Which means we’re taking our chances on getting tickets at the door.

My philosophy in life is that things end up working out as they should, so I’m not too worried about it. And now that we’ve made the decision to turn left instead of heading straight up the east coast, I’m both relieved and saddened. This was supposed to be our vacation year before we settled back down to some type of income producing work. Yet I’m confident that we will be able to return and continue enjoying the beauty and newness of the eastern states.

As always, thanks for following along on our journey with us. And for those of you that have expressed concern for my father’s health – thank you! It means a lot to know you care and I’m sure prayers are making a difference.