I am almost museum’d out! My head is so full of information!

When we arrived at out campground at Buffalo Bill’s place in North Platte, Nebraska, it was rather late in the day, so we went to the nearest attraction that was open later, the Golden Spike Tower.

With that admission, they had a three for one special that included fees to Buffalo Bill’s Ranch (which we planned on going to anyhow) and the Lincoln County Museum which was practically across the street. So we forked over the ten dollars a piece for all three. Such a deal! So the next day we started out at William Cody’s (aka Buffalo Bill) Scout’s Rest Ranch. 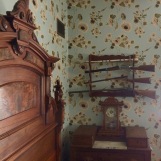 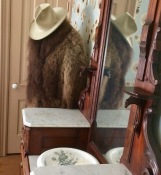 As far as old houses go, this one wasn’t all that impressive to me. I guess it was cool to see where he slept when he wasn’t on the road with his Wild West Show, and they had some great memorabilia of that. However, we really enjoyed the beautiful grounds and his huge horse barn that had all the old carriages and buggies, and the stalls where his horses from the show were kept. 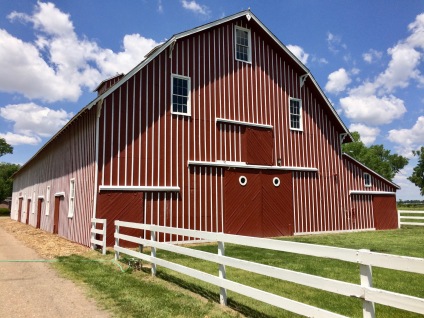 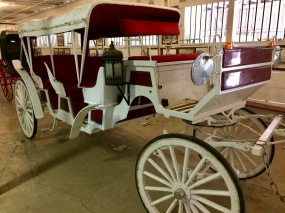 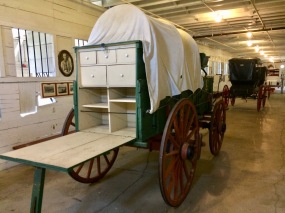 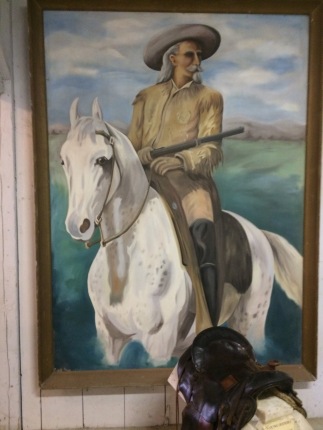 We learned that a train collision killed most of the stock from the show, and it took more than a year to train the replacements. Stuff like that is interesting. We also learned (here and many other places in the area) how he got his name. After touring his property and reading all the stories, I believe he was a good guy and probably didn’t go around killing the buffalo for sport, but to feed the troops. We have been learning a lot about the buffalo killing. It’s so very sad.

Anyhow, we next went to the Lincoln County Museum which we might not have checked out if we didn’t already have tickets for it. I didn’t get any pictures inside, but there was a lot of information. Mostly about how the community came together to feed the WW!! Troops that came through on the trains. Quite interesting.

Then they had all these buildings outside, including a train depot, an old schoolhouse, and an old church still used for weddings. It reminded me of the outdoor “village” of log cabins in Frisco, Colorado, because they moved all of these building together from other locations.

After another evening enjoying our place on the North Platte River, we headed on down the road, going across Nebraska on Highway 90, also known as the Lincoln Highway. I knew about Route 66, but didn’t realize this was a main artery that ran along the pony express line. So we stopped at the rural town of Gothenburg to see a pony express cabin. And tour their local museum (since it was free).

We learned about an early settler who was from Sweden, and went back to his home country to convince other Swedes to come to America, promising them they’d have their own community. However, when they got back a group of German immigrants had moved in! There were strong influences from both in this charming town.

A little further down the highway was Kearney (pronounced Carney) which had the Arches Museum, which we’d been advised to see.

It’s this crazy building built across the highway. There were great bonze statues outside and we were greeted by this old miner (middle picture below) who was a real hoot.

It has really amazing displays of how the route started with early settlers going on the Oregon Trail or the Mormon Trail and how it progressed to the Lincoln Highway, a major thoroughfare for those wishing to drive out west. 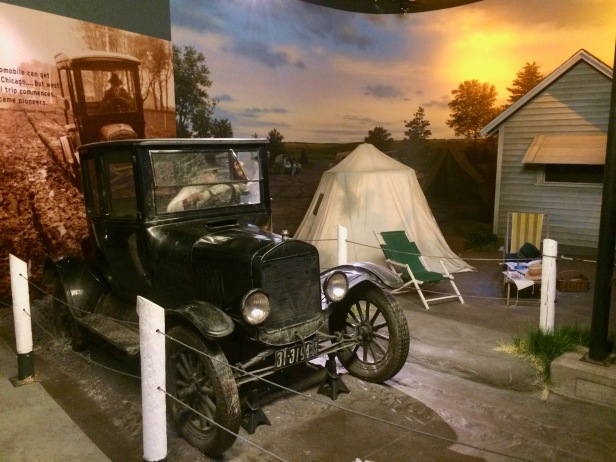 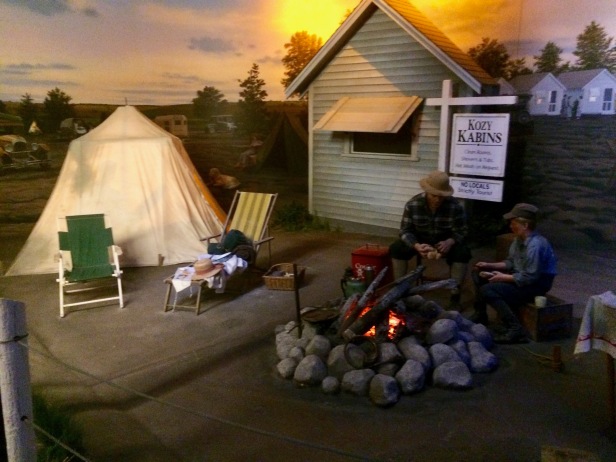 There is even a spot where you can look out and see modern day travelers, complete with a radar gun to see how fast they’re driving!

After that stop I felt like we really got a great few days of history on how the west was won.

We started heading north from there, and there were just farms after farms and some old towns with great old houses and courthouses. 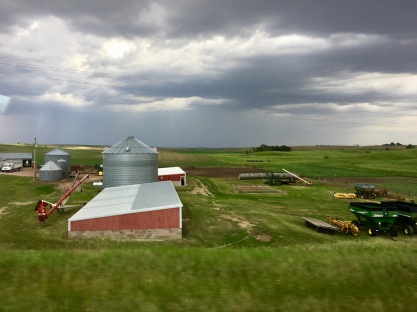 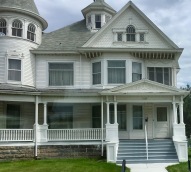 We spent the night at a free campsite on a lake with electricity provided by the local utility company. Imagine that! We talked with a local there and asked how cold it gets there, and he replied, “Not to bad. It doesn’t dip to twenty below too often.” So much for us ever considering Nebraska to live in! But we did love the state and when we told the local farmer we were talking to, he said “Yeah, it’s a hidden gem.” I replied “I think they want to keep it that way,”  and he just smiled.

So that wraps up our travels through Nebraska. Our overall impression: Green! The prairie grasses are so tall they have to mark the fire hydrants (or maybe that’s for snow!).

There is still a lot more there to see, especially in the Northwest portion (panhandle?) which we’ll have to catch on another trip. But for now, I think the next time we pass a museum, I’ll say “pass”!