But before they flooded it out with a dam, they re-located the cemetery and moved the general store to what is now French Gulch. And when a neighboring town, Oak Bottom, was flooded out as well, the owner of an old peg-built barn had it moved to what is now Shasta State Historic Park.

So we checked out those places and more as we spent a few days at the Brandy Creek RV Campground at Whiskeytown Lake. There were a lot of black-tailed deer there.

It was beautiful. Fall has arrived there and the trees were starting their autumn show of colors. We had the place practically to ourselves. 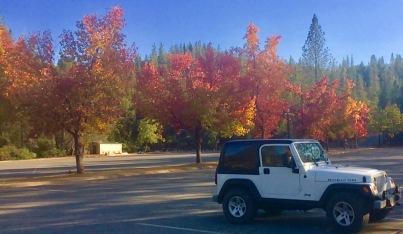 I was missing the lush greenness of the Coastal mountains already, but we found a hike to some awesome waterfalls and I thoroughly enjoyed the moss and ferns there.

The lake was huge (by my standars) with several islands. It would have been a lovely place to kayak if we had had more time or warmer weather. But the coolness was wonderful for hiking. The oak leaves crunched under our feet and I enjoyed seeing the variety of acorns falling.

Our campsite was a short distance from Shasta in one direction and French Gulch in the other, so we visited both.

Shasta was a gold-rush town and is now a historical park, with mostly just remains of the brick buildings that were built after the town burned down a couple of times.

The oldest Masonic Lodge in California is still there. 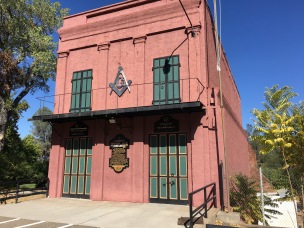 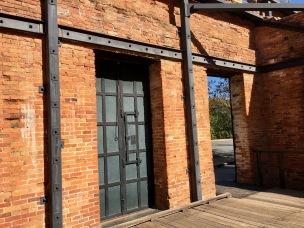 They had really nice placards and information there, so we declined to pay the $3 (each) fee to get into the museum. (It probably would have been worthwhile.)

We also found a cool spot off highway 299 called Camden House, where we did some hiking to the El Dorado mine. 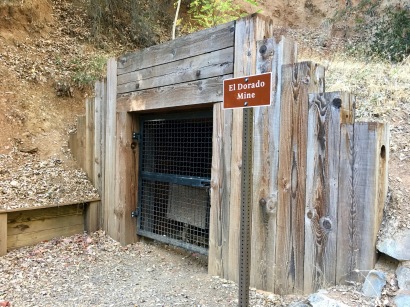 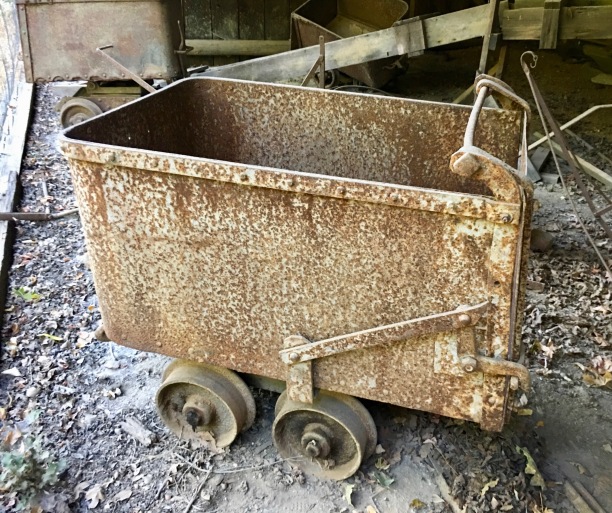 We were fascinated with the one-hundred-fifty year old apple orchard there and the unusual (to us) fruit or nut trees.

More than one of the old apple trees was still growing although the middle of the tree was hollowed out years ago. We were amazed they were still alive (and maybe even producing). 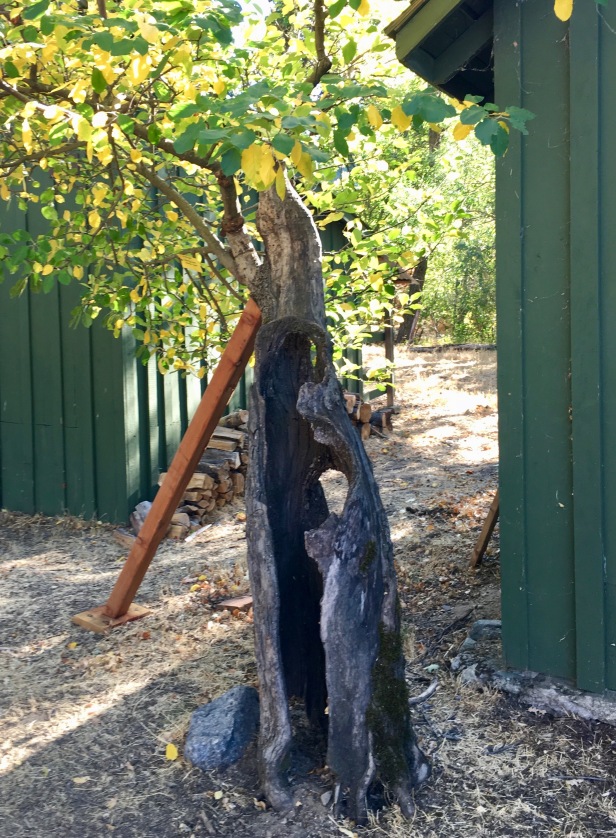 Again, we had the place to ourselves, and it was lovely weather too.

Turns out fall is a good time to visit places –  we’re finding you get nice weather and no crowds.

One thought on “Whiskeytown”