Well we arrived at out spot in the desert near California City and the weather was practically perfect. We arrived after dark on a Friday and the people who arrived sooner said it had been windy, but it was calm by the time we rolled in. It warmed up the week we were there and it was almost warm enough for shorts. And the nights were cool enough to enjoy the campfires.

Combine great weather with good friends and we were very happy campers. Saturday we took a group ride to the regular spot in nearby Randsburg. Sunday I had to work while Tom went on another day long group ride, then we enjoyed another great evening of fireside conversations. 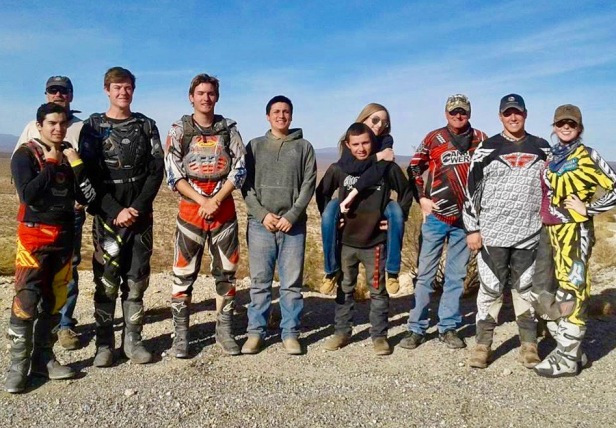 Our group was scheduled to disband on Tuesday, but because of technical difficulties (someone’s broken side-by-side, another’s bike not working) everyone headed out early and by Monday afternoon we were alone at our spot in the desert.

So we took advantage of being able to ride to anywhere we wanted. We ventured out to find the Husky Monument, which at a leisurely pace should have been a couple of hours away from our camp. We had verbal directions, maps, and a GPS and we knew we were getting close, but the RZR started acting up. Did I mention we were in the desert – alone?

So we gave up the hunt and started limping back to camp. Meaning we could go really fast, then the gas would start cutting out, and drop us to a speed slower than a walk, then we would take the seat out, take off the fuel line, blow it out with an air compressor, get back in, go a few hundred yards and do it all again. Fun stuff – Not.

This problem had happened to us before – another time we were alone in the desert – and found out something had gotten in the fuel tank and was interfering with the fuel intake. But Tom had fixed that problem long ago and it had been running fine for many miles since then. However, it was acting just the same.

We got into the rhythm of taking things apart, blowing out the fuel line, and putting it back to go down the road a bit, so the trip back wasn’t as bad as it could have been. We did after all, make it! But we couldn’t go riding after that.

After some online research, Tom found out it was a problem with the fuel pump and overheating and was able to order a replacement pump online (since no shop in a two hour radius had it in stock).

So now what? Road trip!

The next day we took the jeep up Highway 395 to an old mining/ghost town that Tom remembered going to about 35 years ago: Cerro Gordo in Lone Pine. It was a great day.

The weather was still great as we went from the valley floor up about 3,500 feet to an elevation of over 7,000 feet. It was quite a road. There isn’t a formal tour, but a suggested $10 per person fee and we had to sign a waiver to be able to wander around. 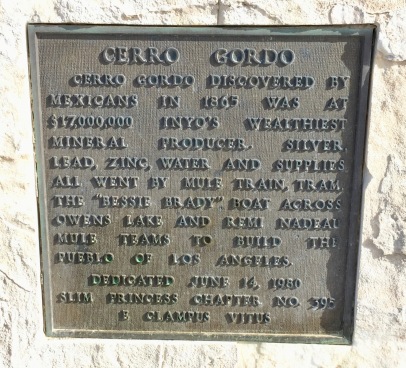 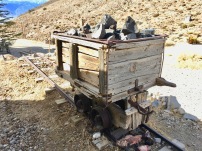 However, when we got there the caretaker, Robert, was howing a group around and he didn’t seem to mind to start at the beginning when we arrived.

Robert was a former teacher and was happy to share his extensive knowledge of the chemical processes to extract the lead out of the rocks.  Click here for our video of the tour.

Then we went down that mountain range, across the Owens Valley, and up the mountains on the west side – which is the ‘backside’ of our familiar Sierra National Forest.

We went up through Alabama Hills – which is a famous spot for shooting old westerns, and a recommended spot for BLM camping. 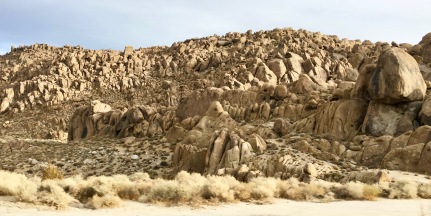 After driving around the cool rocks, we headed up the Mt. Whitney Portal Road – which takes you over halfway up the 14,505 foot mountain and has a parking lot and store where the Pacfic Coast Trail comes through.

Yep, we hit show! What a weather change in one afternoon!

We finished the day with dinner in Lone Pine, then headed back after dark to our campspot. Luckily we’re familiar with that area, as we didn’t leave a light on!

It felt really nice to be back in exploring mode!