Partying in the French Quarter and on Saint Patrick’s Day wasn’t the only thing we did while staying at Bayou Signette State Park near New Orleans.

We arrived in camp on a Thursday, and the first thing I wanted to do was put my feet into the Mississippi river. Well, that’s not possible.

We drove along River Road, next to a tall levy and even parked and climbed it, but I couldn’t see the great river. Tom said we’d have to cross the bridge, which we did, so I could see the big muddy waters, but there was no were to get to it. It was all loading docks and ships.

I should have known, but I wasn’t ready to give up. I thought it would be fun to see where the Mississippi drains into the Gulf, but after researching that, it sounded like a long road for nothing. So I said goodbye to the river without experiencing it – that will have to be on another trip.

There is no shortage of water to see in the area. Rivers, lakes, and bayous are everywhere.

The water management in the area is astounding to me. In addition to the high mounds of dirt (levees) they have all these cement walls and gates along the smaller rivers, including the river through the park we stayed in.

The news even announces how many gates are open or closed. Water levels are as important in the news as the weather. Which makes sense, but is all new to us.

The park we stayed in was all flat, but there were some trails, so we checked those out. It seemed to be the perfect time of year to witness all the wildflowers in bloom.

We also saw a lot more Crawfish Chimneys – this time with dark mud. 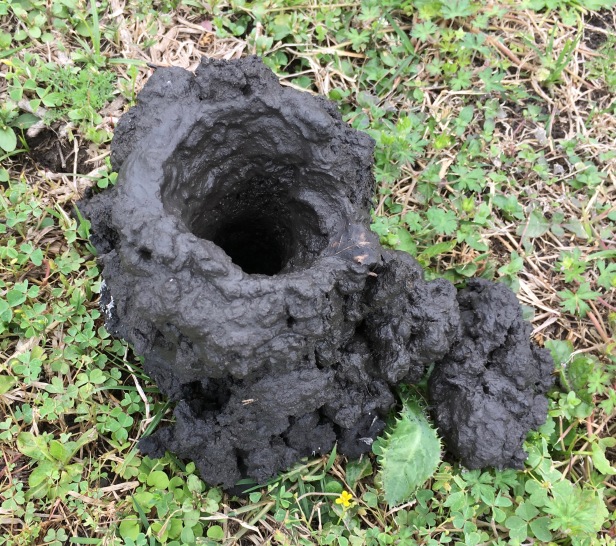 However, the weather turned quite muggy while we were there, and air conditioning was a welcome relief. We were happy to have hookups although this was the first time we’d run the AC since last summer and we only used it one afternoon.

Since entering Louisiana, we’d been seeing billboards for Boudin – a type of sausage. So we went to a local market to get a sampling of Boudin Balls and Cracklins (like fried pork rinds). Verdict: Tom enjoyed the Cracklins more than the Boudin (they pronounced it bow-dan) Balls.

We left the state park in Westwego at $30 per night to go to free camping on the other side of Lake Pontchartrain (10th largest lake in the US).Tom found us a really beautiful spot in Slidell, Louisiana, right by the Honey Island Swamp Tours, which serendipitously was the swamp tour I selected. 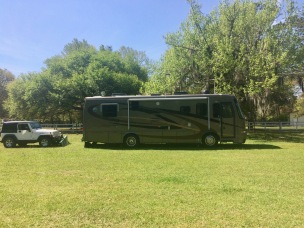 Doing an airboat ride in the swamplands has been on my bucket list, but we found them too pricey in New Orleans. After some research (which I occasionally do – when I have to) I thought it would be better to save the air-boat ride for the Florida everglades. I also learned that Honey Island is one of the best swamps in the country. So it all worked out perfectly.

We selected a morning tour so it wouldn’t be too hot, and that kind of backfired because it was pretty chilly on the water – especially when our captain picked up speed down the river. And because it was so cool, we didn’t see any alligators out sunning themselves. 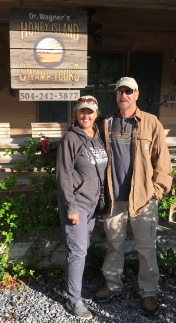 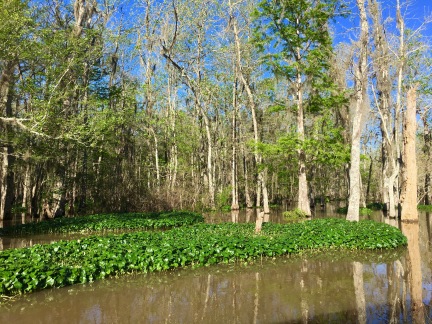 Our guide did find one for us however, and a couple of snakes sunning in the trees and quite a few turtles and Great Blue Heron. 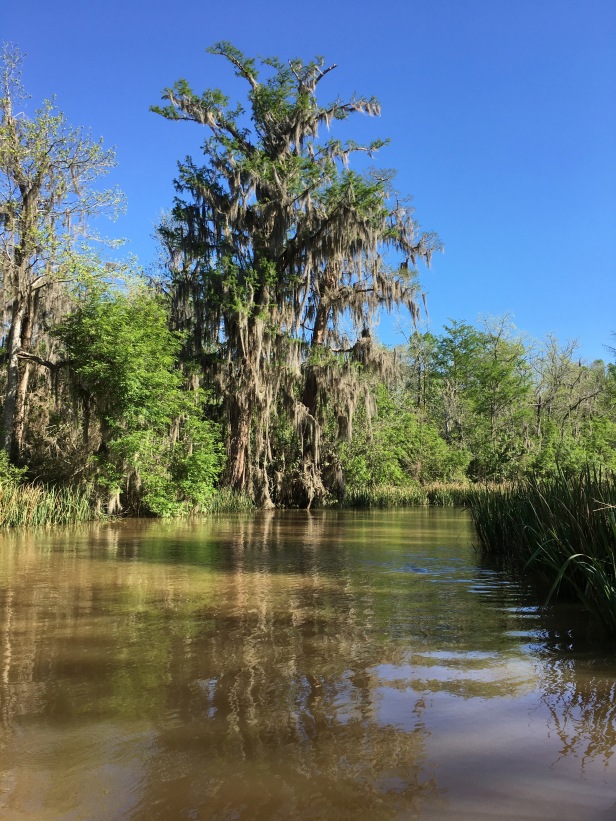 The bayous were beautiful and the river houses – both big and small – were quite interesting.

We spent three nights at that Crawford Landing (Fish & Game Management area) because it was so nice. We drove to the north shore of Lake Pontchartrain and found a beach spot near a former plantation that had the remains of a sugar mill. It was all beautiful. 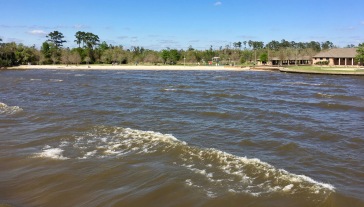 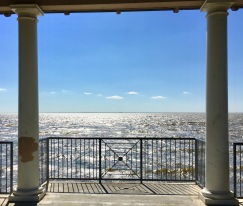 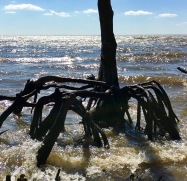 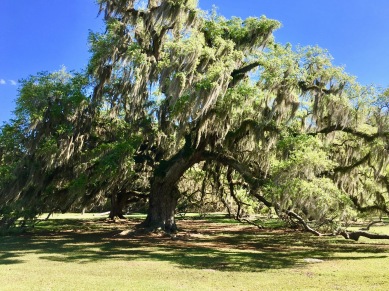 We even had a bit of down time and I spent some of it playing and making a fairy portal to leave behind.

It was kind of sad to leave there – it was as if we had an entire park to ourselves. But we’re very excited for our next stop: Mississippi.

3 thoughts on “Around NOLA”