After a social week at Escapade, I was ready to chill for a while. Plus I had to catch up on some real life work. So we spent a few days at an Elk’s lodge in Blue Springs Missouri doing almost nothing touristy. But I didn’t want to miss a trip into nearby Kansas City, so we did venture out.

When I think KC, I think BBQ. So we started out with a lunch in Kansas at Woodyard Bar-B-Que featured on the show Diners, Drive-Ins and Dives among others. Yum.

Then we headed downtown and stumbled upon a farmers market at Historic City Market.

It was a neat area with a great international feel and we had fun strolling around the booths and listening to the street performers.

There are of course many things to do in Kansas City, but we got a late start and our time was limited. We went to the ‎⁨Nelson-Atkins Museum of Art⁩. I was excited to see one of the three panels of one of the original  Water Lilies series by Monet, and they had the famous Olive Trees by Vincent van Gough. 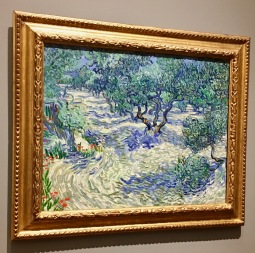 In addition to fine and modern art, they had some incredible marble statues and period furniture. 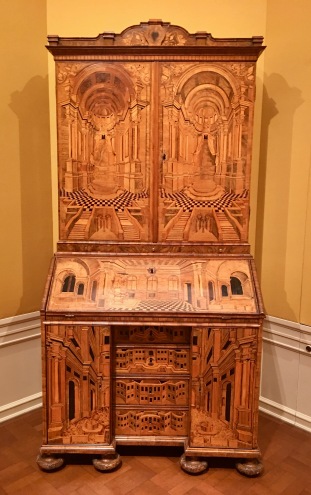 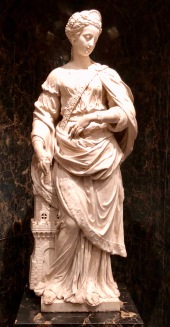 They also have artworks on the grounds. We could have spent the entire day there. 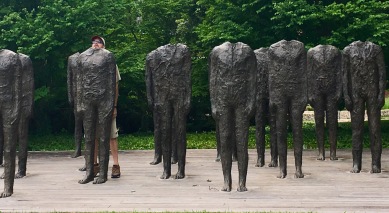 Of course it wasn’t until after we left Blue Springs that I realized there was something I really wanted to see there: A Labyrinth on the property of a friend’s sister. So we will be returning to that area at some point.

Leaving the Kansas City area, we headed north to a little town in Missouri called Lathrop because that’s where my cousin lives. I hadn’t seen her in 35 years, but she welcomed us to visit with open arms. Turns out she has property, so we stayed overnight and had a great time catching up. 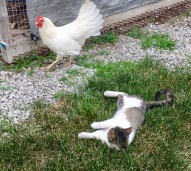 It was the first night we’ve spent without the AC running in months, the weather was so nice. We enjoyed her beautiful homestead and her animal menagerie and left with an invitation to return anytime to stay however long we’d like. We’ll definitely be taking her up on that offer in the future! I can’t believe we left there without a picture of us together.

This reminds me that one of the great things about full time travel is the ability to search out long lost relatives and friends we wouldn’t otherwise be able to see. I’m so glad we made the detour.

When I found out that the Winnabego Factory wasn’t too much further north, we decided to go there for a tour. That will be the next blog. Crossing into Iowa we found their visitor center inside a retail store which was interesting.

On the way we decided to experience Iowa and found an Army Corps park near Des Moines on Lake Saylorville. Right after we got set up, we were sitting outside enjoying the nice weather and a couple came up and said “You’re Escapees, right?” They had seen the sticker we put on the jeep right after the Escapade event. They had been there too; in fact it was their first stop after going full time so we had a nice visit.

Their daughter was finishing 6th grade when they approached her with the idea. It only took her a few days to decide she wouldn’t mind being home-schooled for the middle school years. I admire all the families that are brave enough to begin home schooling and I think these full time traveling kids are getting the best educations out there. Just sayin’.

There was a wonderful bike trail at the lake, but not much hiking other than around the campground. With a maximum state height of just 1,670’ elevation in Iowa, a mountain hike would be hard to find!

So we drove to the charming town of Winterset, the birthplace of John Wayne.

We did not tour his house or museum, but the city park nearby had a really cool stone tower. 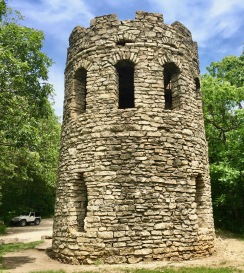 We also had lunch at a soda fountain across from the really cool town courthouse. 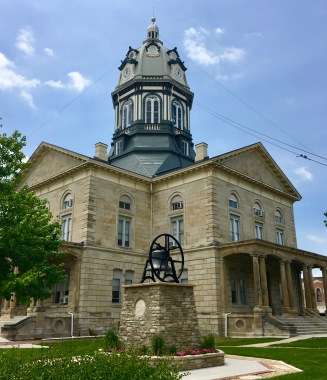 We were on a mission to see all of the covered bridges of Madison County. According to the brochure, only 6 are left (of the hundreds built in the late 1800’s) and we found one of those six had recently burned down. (We heard there were plans to rebuild an exact replica.) It had been the one used on the cover of the book, Bridges of Madison County.

It was fun chasing down the remaining five, and we took the Jeep down some long gravel roads. We have found there to be more gravel roads in Iowa than any other state we’ve visited so far. This may or may not be true, but we sure passed a lot of them and had to be careful when picking our GPS routes for the motorhome.

The bridges were all slightly different, and it was kind of like a scavenger hunt, so we enjoyed our project for the day.

I marveled at the number of carts, feet, and cars that must have driven across the original weathered floorboards. All of them were heavily graffitied.

It was very hot and I was glad we were driving to the bridges rather than hiking somewhere.

We finished our drive back in Des Moines and visited the park around the State Capitol building – that was being re-furbished. The statues were awesome.

Did I mention it was hot? So we headed to the trendy East Village district for a cool drink. 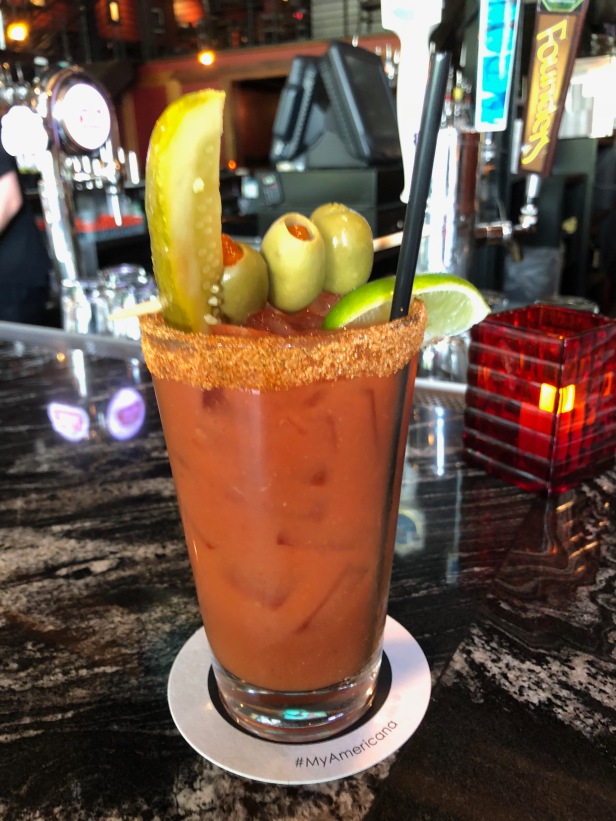 We found a bar known for its Bloody Mary’s and it was right across from an interesting Art Park. 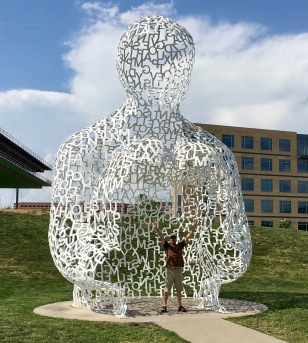 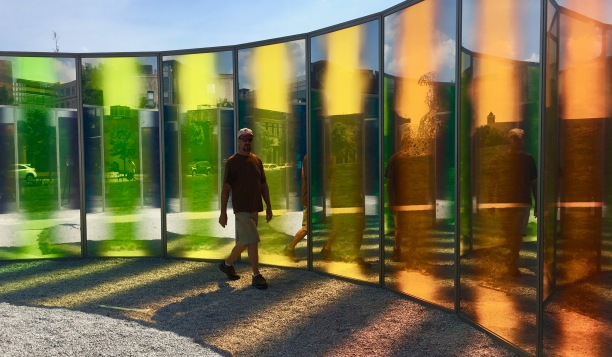 We tried walking about a bit to admire all the art in the park but it was just too hot, so we called it a night.

Now we’re off to Winnabego County in North Central Iowa. 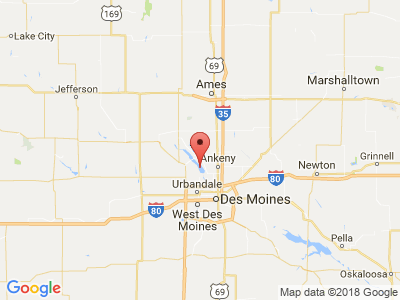