Last March we attended Escapade 57  in Arizona, which was great fun and we met great people and learned a lot. But when Escapade 58 in Sedalia, Missouri was announced, we knew our plans would not allow us to attend again. Then things changed and our path back towards California took us right past Sedalia at the right time to attend. So we did!

On the way we didn’t have time to stop in St. Luis, Missouri, but I did get a picture out the window of the arch. Along with a funny roadside sign to see in Missouri and a unique water tower. 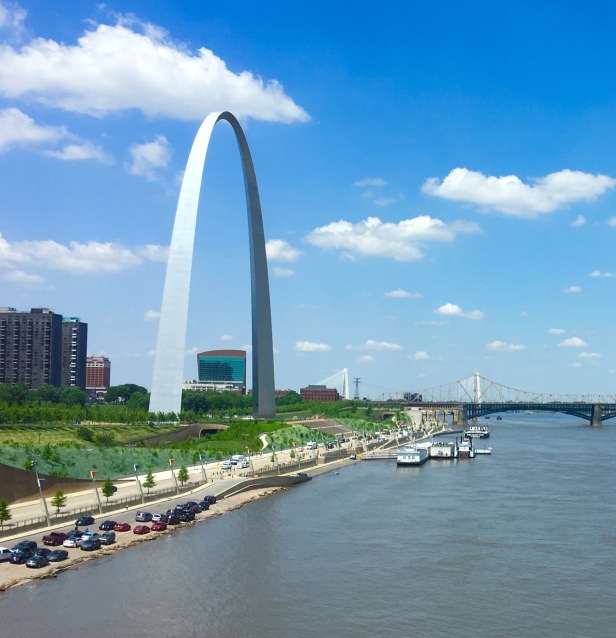 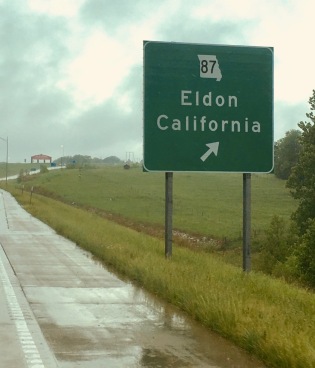 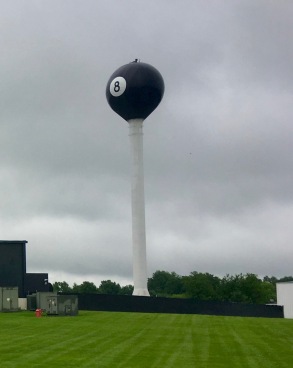 One benefit of attending Escapade was that it kept us in place for a week while trying to figure out our next route. Another benefit was that we would be able to re-connect with some of our friends from last year’s event. And there are plenty of opportunity to learn from other RVers and make new friends at the same time. So we were very happy to make the decision to attend.

For those of you wondering what the Escapade is: It’s like a rally – which is when a bunch of RVers with common interests get together. The Escapade is organized by the Escapees club, of which we’re proud to be members.

We think every RVer should be a member. But don’t join if:

I jest. Of course there are many organizations to join, we’re just partial to the Escapees!

So we were able to do a late registration and spent the week with over 600 other rigs and hundreds of potential new friends.

The event was held at the Missouri State Fairgrounds, and the brick fair buildings, most built in the early 1900’s were awesome. 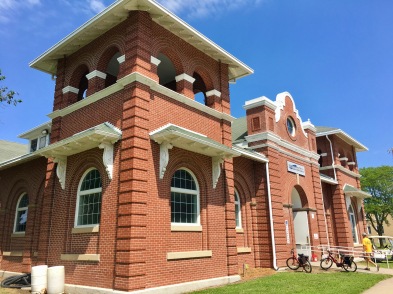 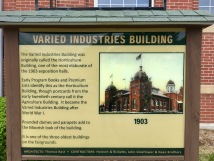 Every day there were social hours for various groups. We belong to the subgroups Xscapers and Boomers, so of course we attended those happy hours. 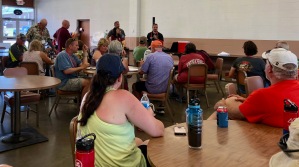 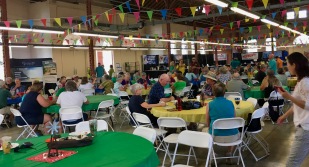 We also camped in the Boomer area of the fairgrounds, so every time someone gathered outside their RV, a boomer social sprang up!

Paul Evert RV also had a mini RV show there, with free drinks, adult beverages and snacks every afternoon, so of course we attended those and checked out all of the motorhomes on display.

During the week, there were all sorts of informative seminars. We didn’t feel as starved for information as we did at last year’s event, but we still got a lot out of the classes we attended. A sampling of the seminars Tom and/or I attended and enjoyed:

They also had a vendor show (yes, we found something to spend money on), and tables for many of the sub-groups (BOFs) you can join up with. If you have an interest, they have a group for it.

There were fun large group events like a Chili Cook-off, and Ice Cream Social, and door prizes were given out every evening.

The night time activities were varied and awesome. From an outdoor Star Party and Escapee Talent Show,

to performances by the incredible illusionist REZA  and the hilarious American Storyteller, Bil Lepp.

followed by a fireworks show to celebrate Escapee’s 40th Anniversary. 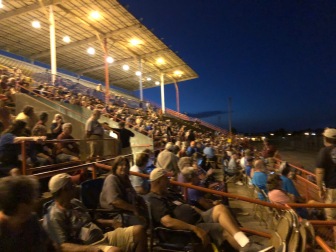 That’s just what we participated in. There were too many other activities to list. Needless to say, we were exhausted at weeks end.

We learned, we had fun, and we met some great new people we hope to meet again down the road. Maybe we’ll even see you at next year’s event in Tuscon in March!

Now on to Kansas City!