Tennessee was not on our radar as we planned our trip to the east coast, but now that we’ve turned west, our route took us through Nashville, so of course we had to explore the area. Although in order to make it to our next stop on time, we only had a couple of days.

This is another city on the grow and there was construction everywhere. We later learned that Nashville is the fastest growing city in the US (since the recession) and they estimate eighty to one-hundred people a day are moving in!

We strolled along Broadway and marveled at the sounds coming from everywhere. Sound overload for my sensitive ears, I could hear at least three different songs at a time being played live from all the bar and storefront venues. This is definitely a party town.

We picked a few to go into, and even inside they had multiple entertainers playing in different rooms. Sometimes there were multiple artists on the same stage so there was never a break in the music. We watched a lot of great talent. 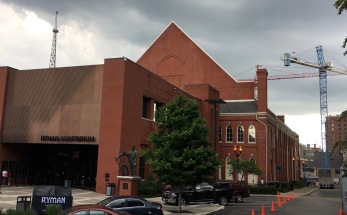 The Ryman was built in the 1890’s by a sea captain and began life as a church. The Grand Ole Opry Radio show moved in in 1943 and the Ryman is still referred to as the Mother Church of Country Music even though the Opry moved out in 1974. 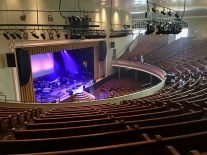 They restored the building in 1989 and they continue to use it as a music venue.

We also got to see but not enter the Parthenon – built in 1897 as a life-sized reproduction of the one in Greece. It was amazing. 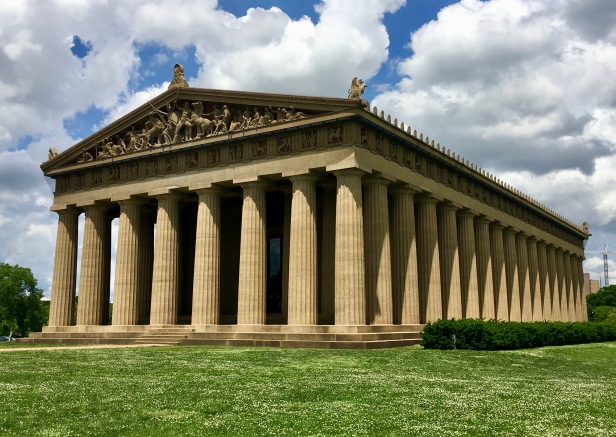 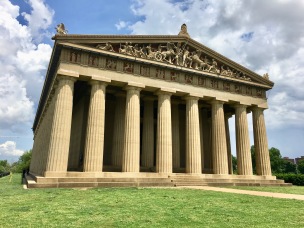 The trolley took us past places we would have liked to explore more, but we were lacking the time. It was fun to see all the interesting old architecture – especially how it is all framed by more modern construction. 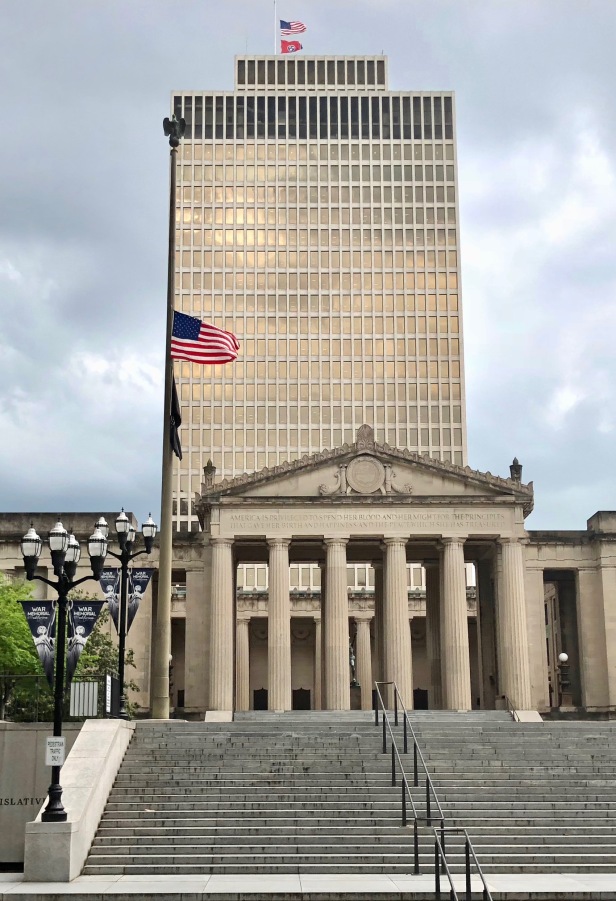 While in Nashville we chose not to go to the Country Music Hall of Fame, and our trolly driver told us he much prefers the Musicians Hall of Fame – also in Nashville. They drove us down the famous music row, which has all the studios, old and new.

The trolly also took us past the Bicentennial Park  which would have been fun to explore, and the interesting Marathon Motor Works, which I’m sorry we didn’t get to. 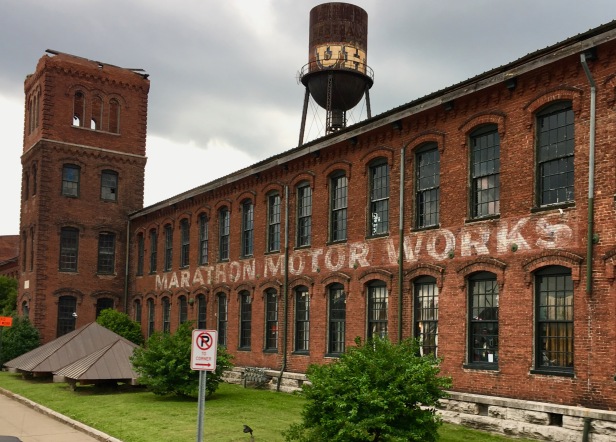 In the Marathon Village, there is the Corsair Artisan Distillery,  which our trolly driver raved on about, but is probably a stop best left to younger drinkers!

So my advice, to anyone going to take the Nashville Trolley Tour, is to go early and take full advantage of the hop-on-hop-off feature. There is more to explore in Nashville than country music.

After the tour we returned to what we were told is a must do: Have hot chicken at Hattie B’s. We could have hopped off the trolly, but at that time the line was around the block! 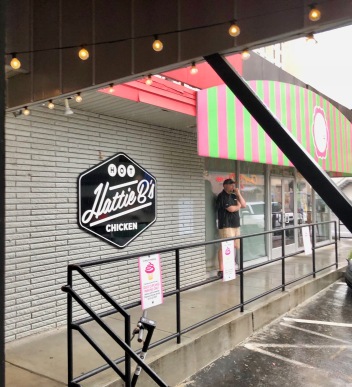 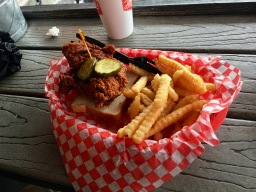 Of course, if you’re a fan of country music and you go to Nashville, you must go to the Grand Ole Opry for a show. So of course we did!

They don’t always have the awesome headliners of the show we were lucky enough to attend, but if you like country, you’ll have fun. 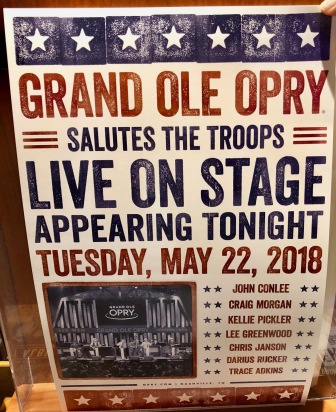 We had a great time in Nashville. Now we’re heading to Escapade. I was hesitant to make a weeklong commitment, but my dad’s physical health is improved and I no longer feel we need to rush west. So we’re moving on to Missouri by way of Illinois.